Over 8000 motorcycles are reported as stolen each year in Australia, making up more than a quarter of all vehicles stolen not recovered. This remarkable figure comes despite bike registrations accounting for just 4% of total registrations.

If you had to guess, what would you say were the top targets of motorcycle theft here in Australia?

If you guessed scooters, dirt bikes and sports bikes then you would be right according to the latest figures from the National Motor Vehicle Theft Reduction Council. It’s no surprise that the most stolen brands are the four major Japanese manufacturers as they are also the ones being sold at the highest volumes.

Even though Harley-Davidson is a very popular motorbike brand and generally carries a higher value than other cruisers on the market, the brand in Australia with the highest incidence of theft was Honda, closely followed by Yamaha.

Scooters made up the highest proportion of overall thefts with a total of (19%) in 2014, despite there being a downturn in sales throughout this period with scooter sales experiencing a 19.4% decline in 2014.

Off-road dirt bikes continue to be popular for thieves with (17%) and on-road sports bikes coming in at (13%). The numbers may be a lot higher for dirt bike thefts as a lot of the thefts seem to go unreported, especially kid’s motorcycles. This result may come from dirt bikes being a lot lighter and they generally don’t have ignitions and keys which in turn makes it easier for the criminals to just kick start them or lift them into a van and make their getaway.

It’s no surprise that the least stolen bikes seem to also be the heaviest and most cumbersome to steal with trikes rarely taken, and the same theory seems to apply to touring bikes with them representing just 1% of all bikes stolen along with cruisers weighing in at only 2% of bikes stolen. 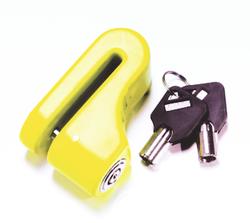 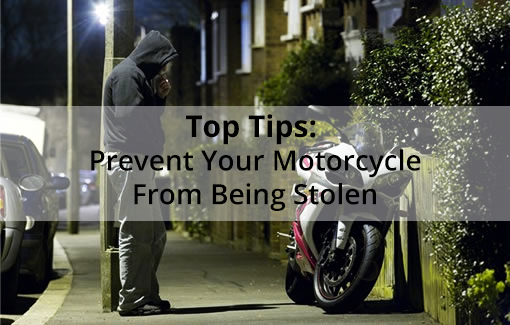 What Can You Do To Protect Your Pride And Joy?